Two Kings and a Frenchman

My Paris; A true story

One of the olden monarchs was once minded to ride out in state with the officers and noblemen of his court and display to the folk the marvels of his magnificence. So, he ordered his lords and emirs to get ready and commanded the keeper of the wardrobe to bring him the richest of raiments such as befitted a king in his state.
He chose the raiment what rejoiced him most and dressed himself in the magnificent garment that was lavishly bedecked with sapphires, rubies and all manner of jewels.
After that he bade them to bring the steeds of the finest breeds and pedigrees. And he chose the one that he deemed best.
So, he mounted and set forth in state, making his horse prance and curvet among his troops and glorying in his pride and despotic power. 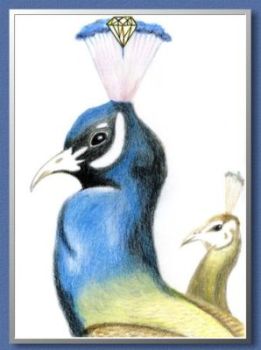 And Iblis who is also sometimes known as Satan, came to him and, laying his hand upon his nose, blew into his nostrils the breath of hauteur and conceit so that the king magnified and glorified himself. And the king said in his heart: "Who among men is like unto me?" And he became so puffed up with arrogance and haughtiness, and so taken up with the thought of his own splendour and magnificence, that he would not give a glance to any man.
When suddenly, there stood before him a stranger clad in tattered clothes whome saluted him. But the king did not return his salam whereupon the stranger laid hold of his horse's bridle. "Lift your hand!" shouted the King, "you don't know whose bridle-rein it is where you take hold of!"
"I have a need of thee," said the stranger. The king shouted: "Name your need!" "It is a secret and I will not tell it but in your ear." So the king bowed his head and the stranger said: "I am the Angel of Death and I'm here to take thy soul." The king immediately started to beg: "Have patience with me a little, while I return to my house and take leave of my people and children and neighbours and wife."
"By no means so," answered the Angel, " you shall never return nor look on them again, for the fated term of thy life is past."
So saying, the Angel of Death took the soul of the king who fell off his high horse, dead on the ground.

The tale continues
When the proud king died there came a new king. The new king had his mind set on seeing the world and all its marvels. He wanted to enjoy all the beauty the world has to offer. So he took some practical clothes mounted his most loyal horse and set about his travels. But he did not see any marvels or wonders. All he encountered were some hard life lessons and his little poor heart started to ache from all the little knocks it had to endure. Convinced there would be big splendours and wonderful wonders just around the corner the king and his loyal horse kept on going, despite his bleeding heart. But after a while the king started to wonder if he would ever see something marvelous and he decided to have a rest under a tree.
Iblis, who is also sometimes known as Despair or simply Satan, immediately took the opportunity and came to him. He laid his hands unto the king's heart to harden it and stop the bleeding. But just as he wanted to wrap the heart in his hand a little bird started to sing in the tree above. The king heard the bird's song and it filled his heart with wonder and joy that healed his wounds and burned away the cold grasping hand of Iblis. Slowly, the king started to see all the little wonders in the world and the good in his own life and there was no end to his happiness. 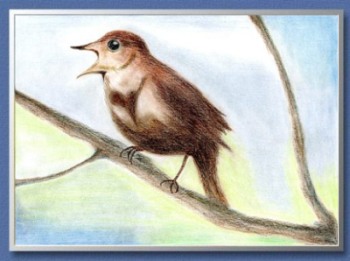 One day and years, and years, and years, later a stranger clad in tattered clothes suddenly stood before the king. He saluted the king and the king returned the salute. Then the stranger spoke: "O devout man, I have a need of thee which must be kept secret." "Tell it in my ear," said the king. "I am the Angel of Death" "Welcome!" replied the king, " Praised be Allah for your coming! Long has been your absence from the lover who longs for you." The Angel of Death said: "If thou have any business, make an end of it." But the king answered: " Currently, after all this time on this world I have seen all its wonderful marvels and lived my life to the full. There is nothing now which can give me greater pleasure as the meeting with my Lord!"
"Would thou like me to take thy soul?" asked the Angel, "And how would thou fain have me take thy soul?" I am bidden to take it as thou willest and choosest."
"Wait till evening and I have retired to my sleeping chambers. Then take my soul while my body is on the ground." "Verily, the Lord commanded me not to take thy soul but with thy consent and as thou should wish. So I will do thy will."
A bit later when the sun had gone down and the king had retired to his quarters the Angel of Death took the king's soul when his body was on the ground. And Almighty Allah transported her to His place.

A True Story
Written and illustrated by Jef Franssen

It was 1881 and the city was Paris. The arched windows looked out over the long avenues of Paris. Carefully Charles opened the heavy curtains. This was his city. "O, Paris, how I admire you: your elegant build, your heavy ornamented street lightning, your grand baroque buildings. He had been allowed to give shape to this sophisticated and glorious city.
Red velvet curtains hanging from heavy bronze poles, big marble candelabra, a stately desk with a square inkwell of green marble with gilded inkpots: this room had always charmed him. Many years he had worked here; pleasant years. His marriage had offered him the chance to realise all this. She had the money, he the title and status: an almost perfect combination. Both felt no love but they did respect each other.

A soft hand on his shoulder returned him to reality. Yes, this woman he loved. She loved him more than he her. His passion for Paris was too strong. The young energetic woman had always known this but had made her peace with it.
She handed him a big piece of paper. Its content did not surprise him: an important assignment. The revolt had to be suppressed. Although he was no soldier he would be in charge of this mission. His best years had passed but he was still in good shape. The uniform lying on the chair was impressive enough on its own. The young woman admired him in his uniform. Yes, he embodied something.

The chariot rattled over the streets of Paris to his villa in the outer quarters of Paris. The cast iron gate was open. Like almost every evening, his wife greeted him on the terrace in front of the house. She already knew about his assignment. Both were thrilled. This assignment meant more fame, more prestige, more grandeur. The staff radiated with pride. His wife had done her work splendidly.
In the Avenue Foche a young woman locked up his office. She glanced a last time at the arched windows, the red curtains, the stately desk. A heavy sadness came over her. With all the love she had for him, she felt the room getting empty. 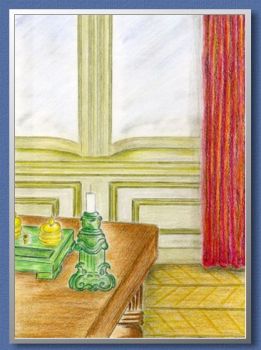 The workers in the suburbs of Paris watched with admiration the marching soldiers. The board of directors of the glass factory had let her employees go out on the street. This way the common folk could see the grandiose power of the French empire.
Proud and assertive Charles watched the crowd. His horse, his saddle, his stature, his uniform, it all reflected the fame and glory of France in those years.
A little girl on the curbstone saw only him. He nodded and smiled at her. The little girl kept a serious glance in her eyes.

The raids were quick and brutal, no pardon. The values of the French Empire that he admired so profoundly, had to be defended. The first strike was a success; the second one as well.
Evening was falling. Charles wanted to finish it off quickly. The sable with the gilded grip lay in his hand. His horse galloped forward. A flicker blinded him and he tumbled backward to the ground. Blood dropped on his soiled uniform.
In the Avenue Foche a young woman suddenly shivered. In his villa evening dinner was served.

Dark clouds in the sky opened up and gave way to some late evening sunlight. A worried woman called her little daughter. His eyes were closing. In the semidarkness stood the little serious girl. She caressed his hand. The clouds closed.

It is so easy to judge a proud king for his pride.
Just as easy as it is to overlook the little conceit in oneself.

And it is so easy to envy a king's good life without knowing its hardships.
Just as easy as overlooking all the little good things in ones own life.

And it is easy to believe that the angel of death won't come to you
for a long, long time and not before you are ready.
But will he?