A Short Story based on true events 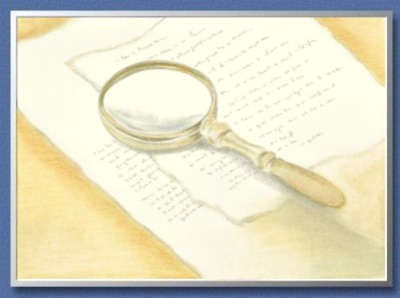 "Do you know how long you have had these spectacles?" the optician asked. "Six years," he answered. The light went out and the eye test began. Tested at first seperately, his left eye and right eye competed in identifying the rows of letters, ever receding in size and clarity until certainty receded into guesswork. Various lenses were fitted to each eye, until the choices between better and worse arrived at an optimum point for each eye. The lenses then came together, bringing with them a lovely sensation of the eyes being opened anew.

Almost as an afterthought the optician fitted a different pair of lenses to his eyes. "How are these?", he asked. "Terrible! Everthing is just a blur."
"Well," the optician replied, "these are the lenses you were wearing on your old specs." He had not realised how blurred his vision had become. Blurry visions, foggy views, vague shadows, indistinct figures, unreadable characters was all he had seen.
If only his mind could be refocused that easy.
~ The End ~