The Secret Files
of
The Hollow Mountain 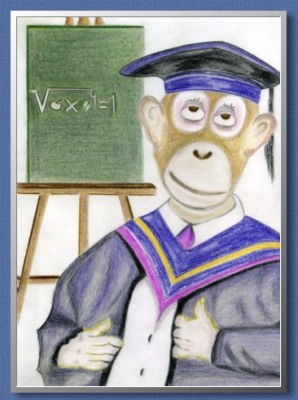 'Education is not the learning of facts,
but
the training of the mind to think.'


True Tale:
Albert Einstein kept a picture of Michael Faraday on his study wall.
Michael Faraday (1791-1867) was the son of a village blacksmith from a desolate part of Cumbria. He left school at 14 with only the most rudimentary education. Michael taught himself everything he knew by reading the books that passed through his hands during his seven-year apprenticeship to a London bookbinder. He went on to become one of the greatest scientists in history and the greatest experimentalist
of them all.

I am no poet but,
if you think for yourselves as I proceed,
the facts will form a poem in your mind.


College isn't the place to go for ideas. 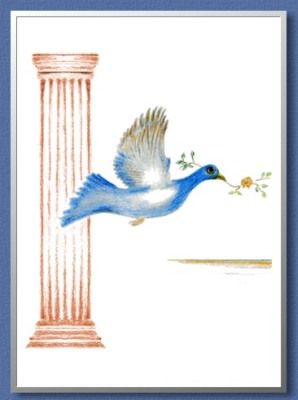 The highest result of education is tolerance.

But you may not be named Teacher:
for One
is your teacher
and you are all brothers.

He who can, does; he who cannot, teaches.


First two sentences of the song No Surrender
by Bruce Springsteen


True Tale:
André Le Nôtre was born on March 12, 1613 into a family of gardeners. André was dyslexic. His ability, however, to draw up three-dimensional plans surpassed what even the most literate people could hope to achieve on paper. He became famous for his design for the incredible gardens of Versailles.
Unlike André's parents the educational system in the 21st century could never bring forth such a talent. Firstly, because it is incapable of making provisions for someone who doesn't possess high order reading skills. Secondly, because it doesn't value let alone foster creative talent like a talent for garden design.

Another Brick in The Wall (Part 2) by Pink Floyd

Fact:
Children under the age of 11 ask: 'Why?' around eight times a day.
They ask questions like:
'Why is the sky blue?'
'How many stars are there in the sky?'
'What happens when you die?'
'Where do babies come from?'

Question:
When do we lose that inquisitiveness and why?


I keep six honest serving-men
(They taught me all I knew)
Their names are What and Why and When
and How and Where and Who.
I send them over land and sea
I send them east and west
but after they have worked for me
I give them all a rest.

I let them rest from nine till five, for I am busy then
as well as breakfast, lunch and tea, for they are hungry men.
But different folk have different views, I know a person small
she keeps ten million serving-men
who get no rest at all.

She sends 'em abroad on her own affairs,
from the second she opens her eyes
one million Hows, two millions Wheres
and seven million Whys!

As a species we survive and thrive through collaboration.
Why then,
do we teach our children in schools that that is cheating?